When I got back from my road trip I published a book. That book was The Fall of Awesome, which sold pretty well back in 2012, before Super  Hero fiction became a thing. I’d written it the year before for NaNoWriMo while I was on the road traveling, inspired by comics and stories I’d written and roleplaying game adventures I’d had back in middle and high school. 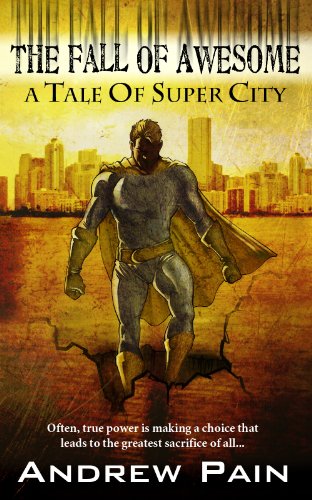 Since 2012, I have published at least one book a year. Until 2016, when I didn’t publish anything. Part of that was trying to get back into freelance work, and part was just being busy, but 2016 was also supposed to be the year I transitioned to full time writer, so not getting a single book out is, well, pretty much totally failure. I don’t even have a bunch of awesome blog posts or anything to show that I was writing something. I really don’t know what I did all year.

2017 is looking better, with two of the books that should have come out last year almost done, and two more in the works. I have to do better, that’s all there is to it.